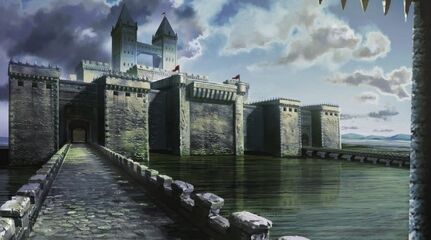 Twin Castle, the seat of power for the Dalsis Empire

The Dalsis Empire is the dominant power of El Sallia during the events of Langrisser I. Ruled by Kaiser Digos, the empire seeks to gain control of the continent by means of aggressive military force. The events of Langrisser I begin when General Xeld and Sar Galious, both commanders of the empire's forces, launch a seige on Baldea Castle alongside their emperor, killing King Illzach of Baldea in the process. It is soon revealed that the empire sought what the Baldean royal family has protected for generations: Langrisser, a legendary blade forged by the Goddess Lucilis. The wielder of Langrisser holds immense power, and thus, the strength to dominate an entire continent. By awakening the blade, Kaiser Digos has unwittingly awakened the great darkness Langrisser has long kept sealed. In order to take back Langrisser and prevent catastrophe, Prince Ledin and his companions must face off against the imperial forces.

Though the Dalsis Empire is aggressive and coordinated in its military action, its political structure appears to be rather fragile.

In Langrisser I & II, Dalsis is represented by red flags with a either a gold or silver sword-like design. 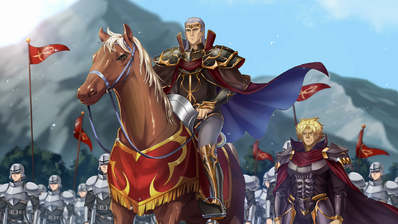