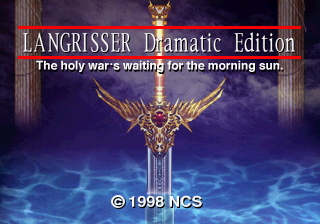 Depending on the player's choices, the protagonist of the game, Elwin, can switch allegiances between three factions: the Descendants of Light, the Rayguard Empire, and the Demon Tribe. Alternatively, he can choose to create his own faction in opposition to the other three.

Elwin and Hein, his magic-using friend, begin the game by protecting Hein's childhood friend Liana from the ambitions of the Rayguard Empire.