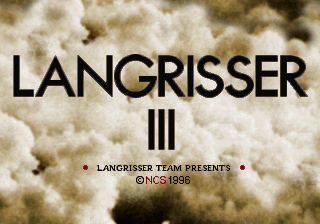 The Kingdom of Larcuss was a rich and fertile land that benefited from its location as the gateway to El Sallian trade. But far to the north, trouble was brewing the the cold lands of the Rigüler Empire.

On what should have been the greatest day of his youth, Dieharte's knighting ceremony was interrupted by a surprise attack by Rigüler's young military genius Altemüller von Eigil. As the floating fortress burned, Diehärte and his friends fled to the protection of his uncle Viscount Raymond.

During the next three years, the former territories of Larcuss were aggressively annexed by the neighboring kingdoms of Colcia and Barral.

Eager to restore his country, Raymond assigns Diehärte to an independent battle squad tasked with securing the aid of the Light in their coming war against ambitious men and roving demons.