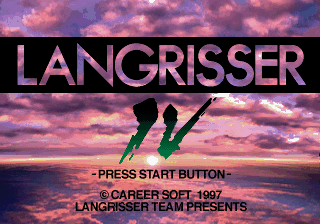 Two hundred years after Elwin defeated Bozel and sealed Alhazard and Langrisser in the Sage's Crystal, El Sallia had returned to inter-kingdom feuding. But a new darkness has fallen over the western continent of Yeless.

Through a pact with the dark god, Gendrasil, the aged wizard Gizlof has stolen the Sage's Crystal from the heavens. With the dark god's knowledge, he began construction of a new piloted Guyframe unit.

However, before his ambitions can be realized he will need the power of a young priestess to act as a catalyst.