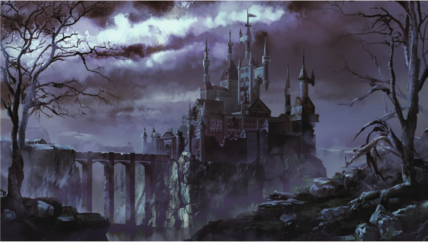 The Kingdom of Velzeria is a location prominently featured in the Langrisser series. It is located on the far eastern edge of El Sallia. Velzeria has long served as the home for demonkind, Boser, and the forces of darkness. Those who inhabit Velzeria are guided by the God Chaos and carry out his will by sowing the seeds of discord across the continent. As humans know little of this region, many refer to it simply as the Forbidden Land.

Velzeria's complete history is unknown. It sits upon a wasteland littered with ruined towns and structures, including its main seat of power, Velzeria Castle.

In Langrisser I & II, Velzeria is represented by a dark blue flag with a golden 'V' design.